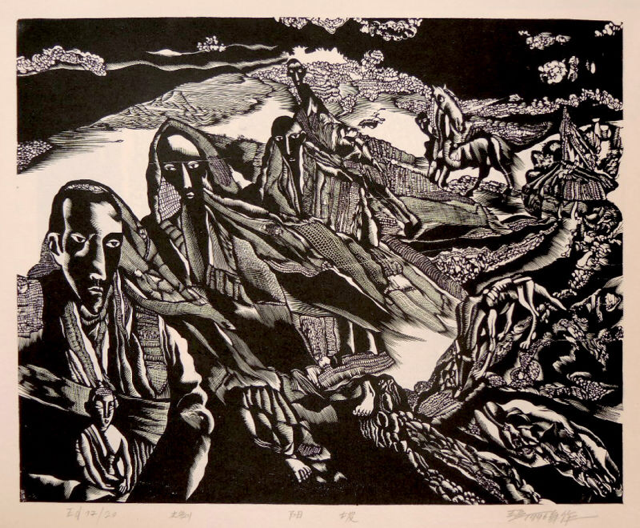 “I am fortunate, as I have chosen a path of life that belongs to myself. I have been persistently making woodcut, it is not for changing woodcut, on the contrary woodcut has established my way of thinking and has also changed my attitude towards life.” — Wang Bing 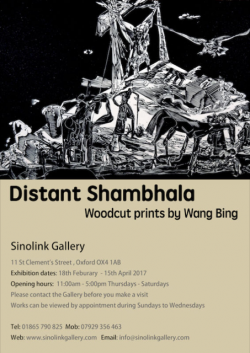 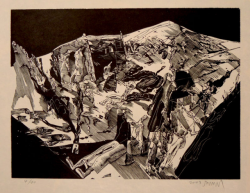 Distant Shambhala, Woodcut prints by Wang Bing, an exhibition curated by Dr Weimin He, is held at Sinolink Gallery at Oxford between 18th February to 15th April. 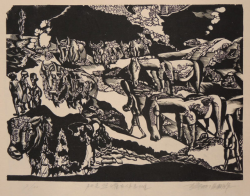 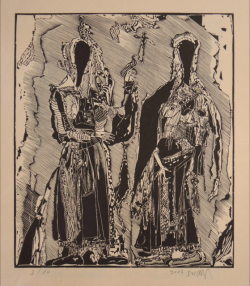 Wang Bing, Professor at the Central Academy of Fine Arts (CAFA) in Beijing, has been widely regarded as one of the outstanding figures in contemporary Chinese printmaking field, especially in black and white woodcut genre. 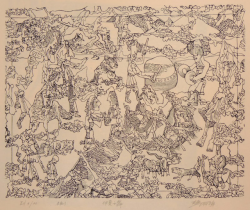 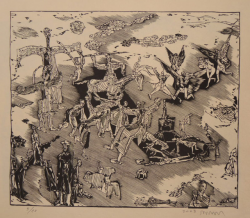 Wang Bing was born and grew up in southern Gansu, which is part of the Tibetan region: the unique cultural environment has nurtured his art. In the early 1980s he studied printmaking at the CAFA but his work has always reflected the ‘holy land’ where he was brought up. In 1998 he studied in Düsseldorf under Konrad Klapheck and A. R. Penck. These two influential figures have not changed Wang Bing’s direction, oppositely they made Wang Bing more determined to cultivate his own spiritual world. He thinks an artist need not be religious but has to be spiritual in order to express the intangible inner felling. Although people are often astonished by his skills in woodcut, what he has been trying to do is to abandon complicated skills and return to the original stage of simplicity and free expression. Art for him is not entertainment, it is a spiritual being, a poem, a fable and further more, a great dream. 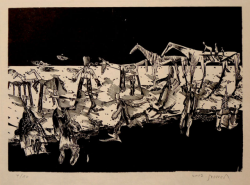 Wang Bing currently is working on the woodcut series Tibetan Bible with biblical stories in Tibetan settings. Most of the works displayed here were created during the time when Wang Bing were in Gansu and in Düsseldorf, they show no matter wherever Wang Bing lives, there is always a sacred place called Shambhala in deep of his heart.