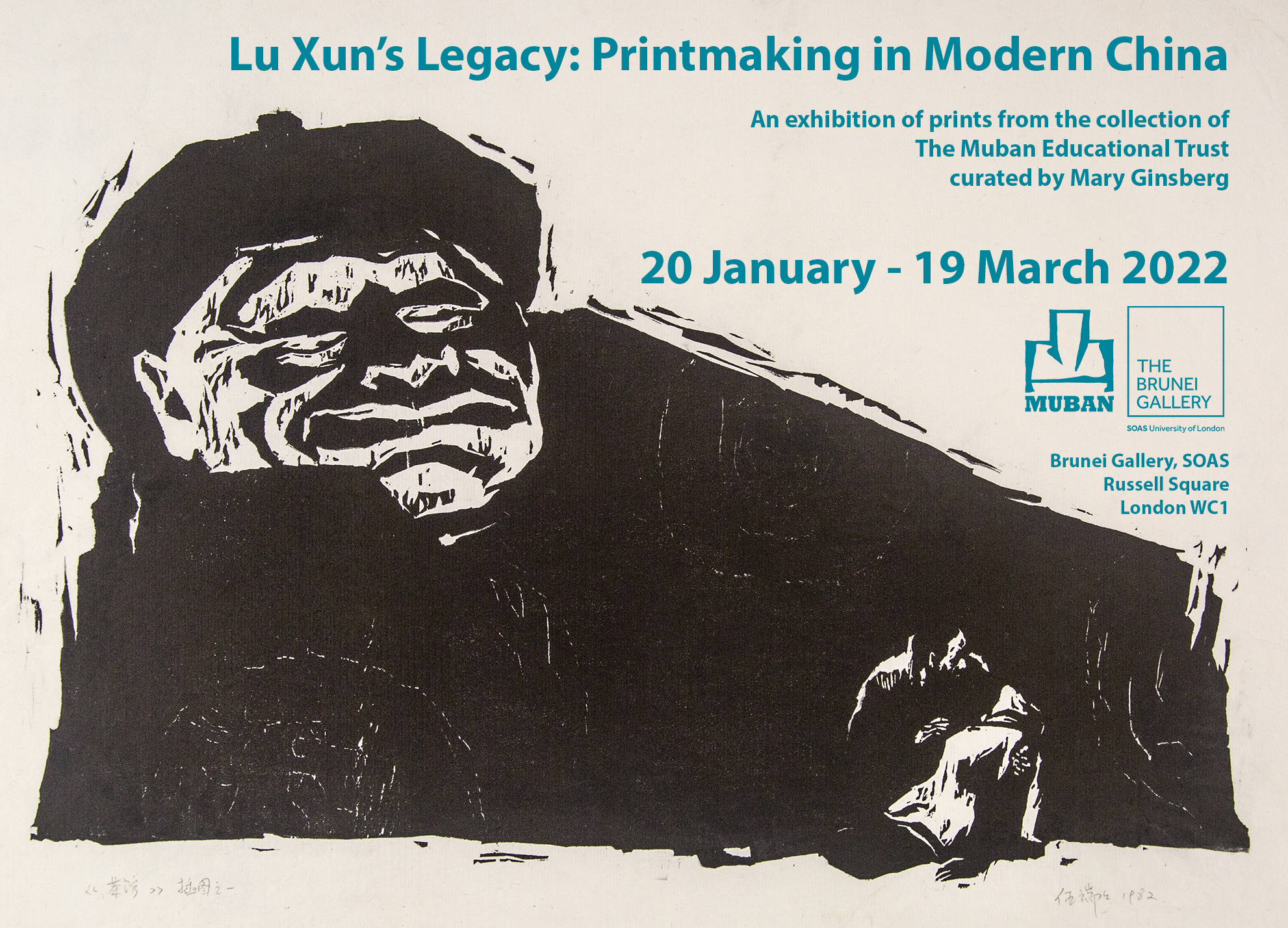 SOAS’s Brunei Gallery in partnership with the Muban Educational Trust is pleased to present the exhibition ‘Lu Xun’s Legacy: Printmaking in Modern China’,  guest curated by Mary Ginsberg. Lu Xun (1881-1936) played a leading role in the literary and artistic reform in early twentieth-century China. Inspired by western-influenced printmaking in Japan, Lu Xun revived woodblock printing in the Modern Woodcut Movement (1930-1950) introducing the ‘creative’ print as an alternative to the ‘reproductive’ print used in China since the eighth century. He introduced monochrome socialist realist prints from the USSR, Europe and the USA as models for young artists to copy. The print movement’s success led to the subsequent establishment of printmaking as a discipline in art academy education and the development of the print as a medium of artistic expression.

This exhibition showcases around 200 prints selected from over 6000 prints in the collection of the Muban Educational Trust and commemorates the anniversaries of the May 4th Movement (1919) and the establishment of the People’s Republic of China (1949). It includes prints demonstrating how Lu Xun’s vision for the print developed and how his role as an innovator continues to be honoured.

The exhibition will be divided into four sections:

Portraits and illustrations: Book illustration was a vehicle for communicating revolutionary ideas. From the 1930s to today, print artists have illustrated the works of writers including Lu Xun, Lao She (1889-1966), Mao Dun (1896-1991).

Generations: This section follows the work of leading artists through the generations showing early politically charged content, the subsequent relaxing of political control and the comments on today’s China. 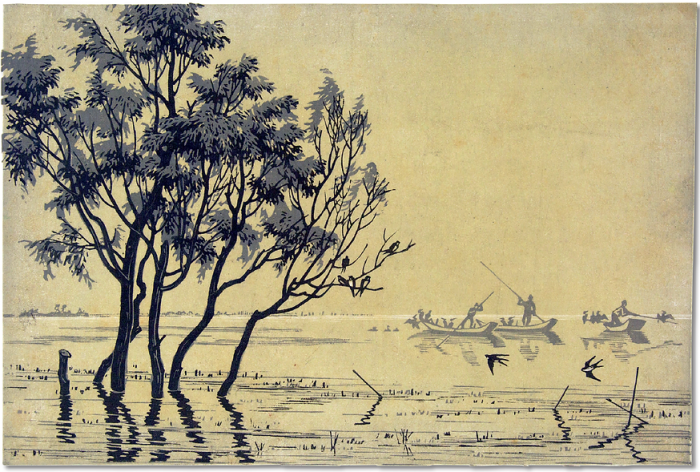 New China — points of view: This section will show themes such patriotism, nostalgia, inspiration, bemusement and dismay at China’s path to development. 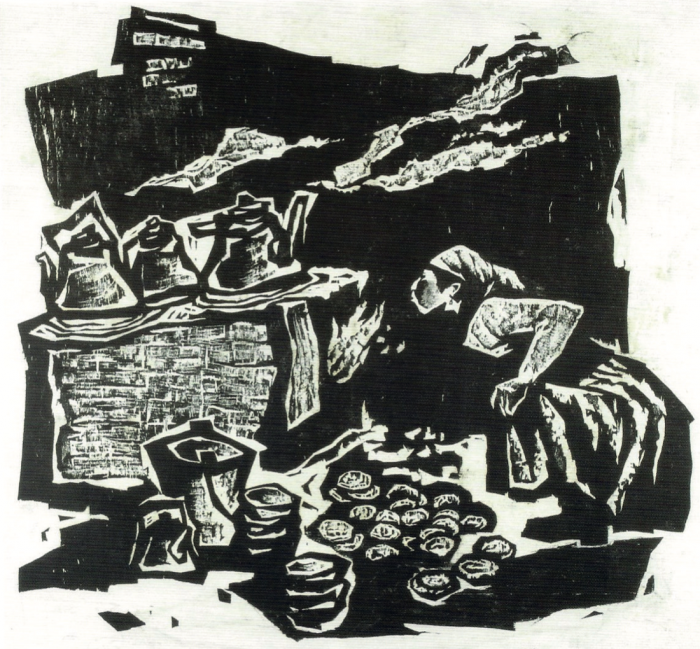 Techniques — Revivals and Innovations: This section will examine the evolution of major printmaking techniques associated with Lu Xun. 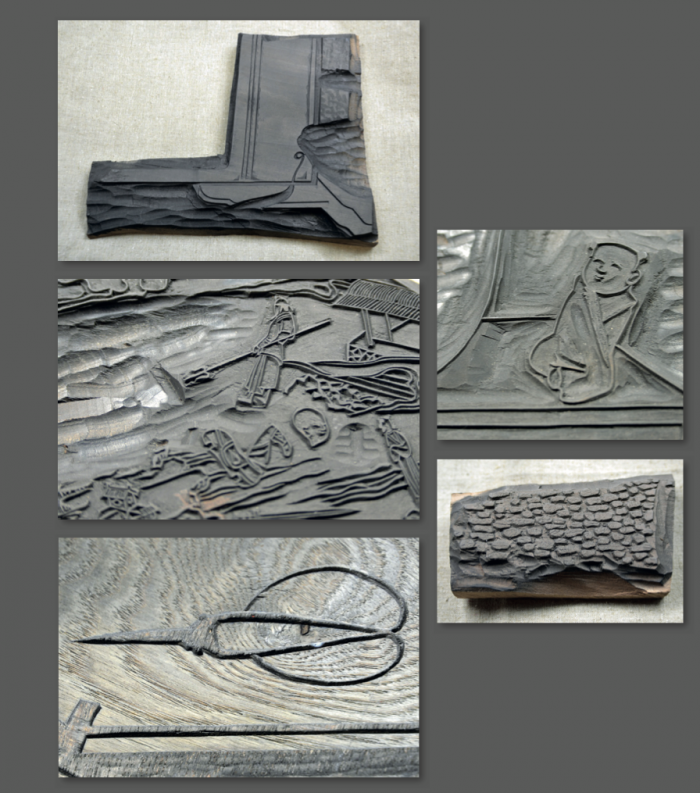 The exhibition is intended for an audience interested in the literary and artistic achievements of modern and contemporary China. It will include a film entitled A Revolution in Art (2003) (35 minutes) by Francis Gerard and will be accompanied by a catalogue Lu Xun’s Legacy: Printmaking in Modern China, compiled by David Barker and Mary Ginsberg.  Exhibition catalogue available in SOAS bookshop as well as on Amazon.

Here is a short video of the Private View of the exhibition held on 19 Jan 2022, with clips of speeches by Professor Adam Habib, Director of SOAS, Haiyao Zheng and Mary Ginsberg.

A Revolution in Art (2003) by Francis Gerard