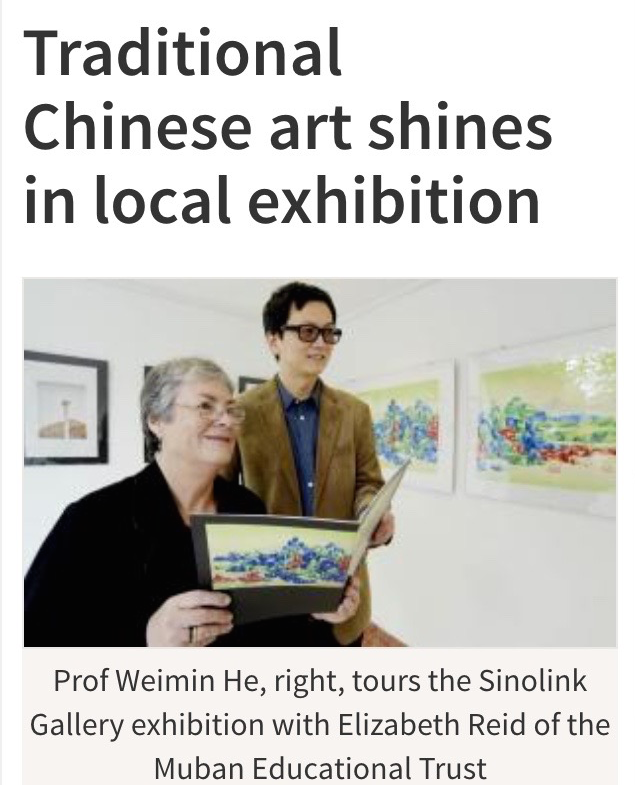 After a successful opening on 14th October, the prizewinning prints exhibited at Sinolink Gallery in Oxford continueto attract many visitors and receive high praises.

Peter Lawrence, former chairman of the wood engravers society wrote Dr. He Weimin, “I really enjoyed the exhibition at Sinolink. Thank you for telling me about it. The work of Gu Xiuhua, Guo Shuang, Shi Lei and the ‘Curtain and Fake Mountain’ by Wng Changze really stood out. That last print reminded me somewhat of the work of David Hockney – it would have been after his visit to Japan though. ”

After visiting the gallery, Anne Desmet (RA, RE, and former editor of Printmaking Today) commented that her favourite pieces were Shi Lei and Gu Xiuhua’s wood engravings. She expressed her intention to add one piece to the centenary exhibition of Wood Engravers Society in the Ashmolean Museum in 2020. She commented that “the future of wood engraving is in China”.

Helen Ganly, an established artist in Oxford also commented that “the show was extremely interesting and I was amazed at the work of Guo Shuang”.

Dr He Weimin and Mrs Elizabeth Reid were interviewed by Oxford Times. In the article entitled “Traditional Chinese art shines in local exhibition”, Oxford Times reported: “A breathtaking array of traditional Chinese artwork from an international competition left visitors to a St Clement’s gallery spellbound. The 22 pieces on display at the Sinolink Gallery last week were the winning entries of this year’s Woodblock Printmaking Awards, run by the Muban Educational Trust. Set up two years ago to promote the printmaking technique, the awards encourage young people in mainland China to look away from digital methods and turn their hand to an ancient tradition in order to keep it alive.” 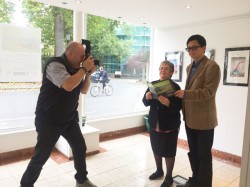 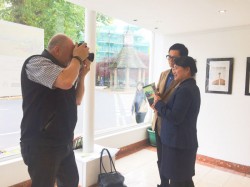 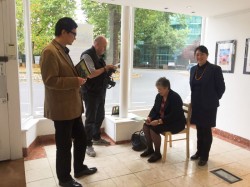 Please see link below for the Oxford Times article.